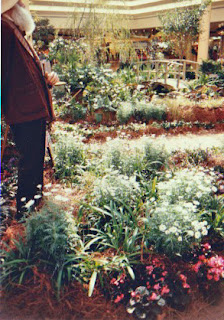 A mannikin of Monet looking over his garden

Back in 1996, an exhibition of Monet paintings came to the New Orleans Museum of Art. In celebration of that, Lakeside Shopping Center, a prime shopping center in Metairie, a suburb of New Orleans devoted their center area to creating an impression of his work at Giverney, his garden in Northern France. 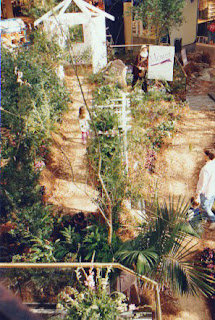 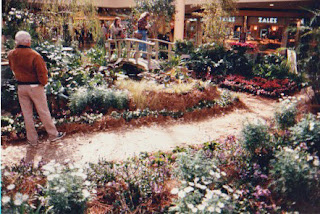 Spectators wandered through at their own pace

In between the hustling of 3 crew members and me plus lots of help from the Lakeside employees, the exhibit opened on time. One of the problems that almost stopped it from opening was all the shoppers who stopped to ask, “What are you doing?’ as I was hauling plants around, spotting others and barking instructions. My answers almost bordered on the obscene after being asked for the 1000th time. 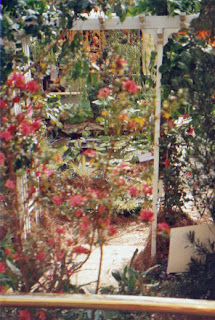 The arbor served as an entrance to the gardens

To do the exhibit, first I covered the entire area with burlap. Then I had bleacher-like steps on the edges of the exhibit for plants to sit on.  All plants were in containers. Since it was December, there weren’t many plants in flower, but the excellent staff at Lakeside found plants for me.

After we built the pond, placed the plants, we covered everything but the paths with pine needles.

The exhibit was a resounding success and I am sure got many folks to the New Orleans Museum of Art to see Monet’s work in person. 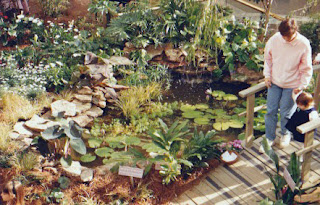 Spectators could wander through the gardens 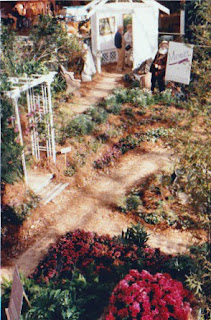 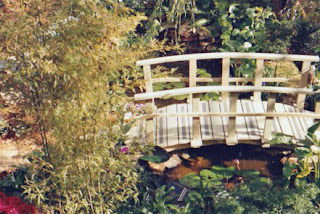 An impression of the bridge in Giverney 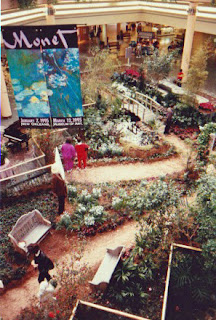 An overview from the second floor of the shopping center 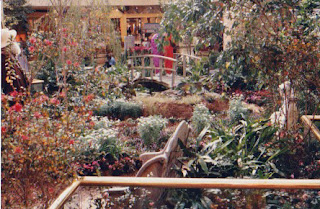 A view from the back - see the rail 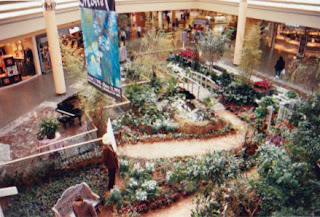 You can see the surrounding shops 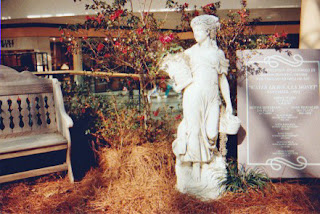 We even included statues that it took two men to carry 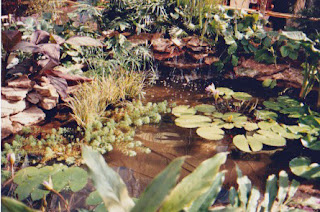 The pond, complete with waterfall, on the floor, made from sandbags and rocks.