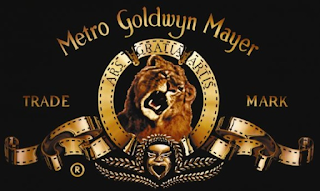 I was a rookie nun in the San Antonio convent I joined at 17 right outta high school. In addition to "religiously" studying Catholic and Divine Providence (the name of the order) doctrines, we were encouraged to perform community service. I chose to visit the "neglected" crazy incarcerated at the San Antonio State Hospital.  Evidently, the powers that be thought it therapeutic for all the patients who had few, if any, visitors be housed together.  I thought visiting them'd be fun.  (Remember, I was 17.)

I didn't know that choice I made, back in 1964, was both intuitive as well as prophetic.

We religiously visited this lonely women's ward once a month.  We'd convene in the rec room.  Anyone who's been in a psych hospital knows what a rec room is, looks like, and smells like.  They're all the same.

The nurse (Ratched-like, of course) would unlock the visitors' door, and six naive newbies'd file in.  Then she'd close and lock the door.

Most of the women were sitting in chairs lined up against the wall all around the room.  A few were milling around.  All eyes turned to the six (plus one old-wise-nun-escort).  Idiots we were, between 17 and 19 years old, in weird all black costumes - except for a white Peter-Pan collar - there to comfort and console.  We were all full of shit to think we could give these women anything except fodder for their daytime fantasies and night time wet dreams.

We'd introduce ourselves and "work the room".  Mindless conversation about “How are you today?" How the hell did we think they were?  Buried in a psych ward, no visitors, and the only contact with the outside world a few hours of TV a day restricted to Lawrence Welk or Sally Field's The Singing Nun.

Then they'd put on some good-clean-music.  Ya know like 40's tunes, classics, Lawrence Welk and Glenn Miller.  And we'd dance with the ladies.  Yes, dance... sorta dance. After about 15 minutes of this "fun", we'd partake in refreshments: Kool-Aide and cheap store bought cookies.  After sufficient time milling around, we'd sit down and converse a bit more about what a lovely day it was or how bad the liver was in the dining room.

On our second or third visit, we had gone through the routine.  I approached a rather large (very large) young woman with a full head of short curly brown hair sitting, calmly staring.  She had a zombie-like affect. (Thorazine?)  She had an open chair on either side of her.  My one-must-always-be-courteous southern upbringing made me ask Curly, "May I sit here?", referring to the chair on her right. She replied with a low growl and no eye contact, "No... the Metro-Goldwyn-Mayer Lion is sitting there."  Not wanting to sit in the animals' lap, or go against Curly, I chose to sit in the chair on her left.  No problem.  We were both cool.

Then my friend and fellow newbie, Diane P., approached, heading straight for the MGM Lion's chair on Curly's right.  Now Diane was a Yankee, from Rochester, NY, no less.  She hadn't had that good ole southern politeness bred in her.  I warned her, I did.  "Diane, no.  Don't sit there!"  "Why not?" she asked.  And I told her why not. She guffawed and sat down in the chair.  "OMG!", I thought.  "Jesus, Mary, and Joseph pray for us!".

Curly's angst became palatable.  I swore I saw steam coming outta her nose from the corner of my eye.  I dared not turn my head.  Then suddenly, with nary an utterance, Curly raised her quite sizable right arm straight out in front of her - Heil-Hitler-like.  With one fell swoop, she swept her arm stiffly and quickly to the right.  It caught Diane just under her chin.  I went from ejaculations (that's what those "Jesus, Mary, and Joseph" things are), to an out-loud, "Oh! Shit!".

Diane slid down her chair to the floor and sat there like Raggedy Ann.  Curly assumed her previous position as she uttered and audible sigh. "Aaaahhhhh..."

Oh course, all hell broke loose.  Curly compliantly got up when Nurse Ratched calmly asked her and left the room on the nurse's arm.  Our older and wiser escort had already bent down next to me as we examined Diane.  She had a red mark near her Adam's apple, was grasping her throat with her right hand, and gasping for air.  Otherwise, she seemed OK.

Needless to say, the visit was over.  As we five newbies, one escort, and one bent-over, stumbling Diane left the room, we heard the crazy women in the rec room laughing their asses off.

I shoulda known, that day in 1964, that I was destined to work with "crazy people".  I was "taught" thirty years later what I knew back then: you gotta meet a client (patient, person, etc.) where they are, and believe what they tell you as their truth, their reality.

Thanks, Curly.  And thanks to your MGM Lion.

Have a good one, Miss Althea!
Posted by Unknown at 6:27 AM