Just to give you an idea of what my plans are, this is map of all the national parks in the the country and a suggestion of a good route to take.   I followed it amazingly closely without even planning to. 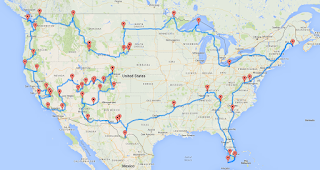 Arkansas is one really pretty state. I thought that then and here 40 years later I am living here still thinking it’s a pretty state.  Most of the bottom half is relatively flat, but when you get north a bit, you run smack into the Ozark Mountains. Now they aren’t much in the way of mountains, not like the Rockies, the Cascades or even the Adirondacks. But they are beautiful.

Arkansas has no national park, at least it didn’t in 1973. But it did have the Buffalo National River, now a national river, but not then.

It has many fine places to hike and most of all, for me, a great highway on which to put a Motorcycle through its paces. The idea when riding roads like this one are to make a turn and have your foot pegs scrape the road. That’s the mark of either an experienced biker or a dumb one, maybe both.

The Ozark Folk Center was opened for the first time in May 1973. It sure didn’t look like it does today, now that I am living within 15 minutes of it.  It has real biker days, featuring bike riders from all over the country who are welcomed to Mountain View, a far cry from folks who crossed the street to avoid us back in 1973. 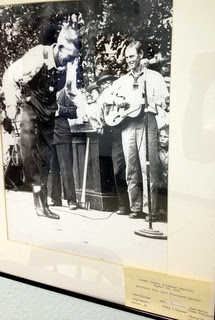 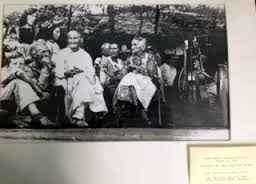 And I had to go to Toad Suck, Arkansas because with a name like that, there had to be something there. There wasn't. Now there is a Toad Suck Days festival, but I have not been to it now that I live here.

As much as I love Arkansas, I need to go to Kansas because there’s no other way to get to Colorado.