O-o-o-Oklahoma Where the Wind, Well, You Know the Rest 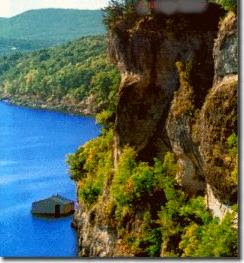 I had now been on the road for about three weeks now. I learned so very much about the people I met and interacted with.  Every day I stopped and bought something for lunch and usually for dinner at the same time. I had also found a tiny ice chest for keeping a few things cool.

I would always park near the door of whatever store I was going to.  I usually came back to my bike, made my sandwich and ate it either on my bike or under a tree nearby.  Folks would always come over to talk. Usually they wanted to know where I had come from and where I was going.

Geez, I had a Louisiana license plate and really no idea where I was going. Most also said they would be afraid of traveling like I was.  But also most said they wish they could just take off on a bike for as long as they wanted, but they just couldn’t. They would have to wait until they retired.

They had jobs that they could not quit. They had wives, children or husbands to care for. They had RESPONSIBILITIES.  They had to have jobs to pay for their houses and cars that were expensive. They had to waste hours a day driving back and forth to a job they hated so they could collect a paycheck. They didn’t realize that if they didn’t have big houses and cars, they would have those awful responsibilities.

Even my parents were appalled at what I was doing, but once in talking to my dad, he said he would love to be going along right then. He wasn’t retired yet back in 1973 and would never be one to shirk any responsibilities to my mother, so put off his traveling until several years later.

Another thing that I learned was that 200 miles a day was the most I ever wanted to go in one day. And I took a break every 50 miles.

I rode into Oklahoma at the southeast corner.

I found Lake Tenkiller after finding it on a map and seeing a lake there. I headed straight north to Tenkiller. What a road to the now state park.   It was not much more than a path. And a ten mile long path.  Motorcycles do not do well in sand or gravel, tending to slide around and fall over. I didn’t do that but I’m surprised I didn’t.  I kept thinking, this better be worth it just for a place to sleep.  I rode in mostly standing up on my bike. That’s a good way to stay balanced in sand and gravel.

And worse  yet, in order to get out, I had to retrace my route back through all that sand and gravel.  I was glad to see a place to sleep, but when I woke up, I ate, packed, had a look around, and left soon.  And had to stand up while riding or get off and walk most of the way while pushing my bike. Bye bye, Tenkiller.

I had been through Oklahoma before, so wasn’t really all that excited about doing it again.  My time there had been spent near Norman and Oklahoma City.  This time I wanted to see the southeast corner.

“The construction was begun on the Tenkiller Ferry Dam in 1947. The lake was named after the Tenkillers (a prominent Cherokee family who owned land and worked a ferry service near the site where the dam is now located. The Legend states that during the “Trail of Tears” era, the Cherokee warrior received his name by the soldiers and pioneers at Fort Gibson because of the ten notches in his bow.”

I continued north through Oklahoma and was in Kansas before I knew it.