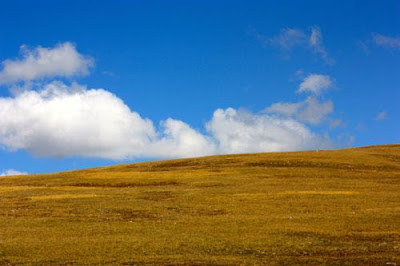 Kansas is a long state if you are driving it the east/west way.  It took me a few days to get across it with not all that many tourist spots to see.

Truman Capote wrote “In Cold Blood’  He lived in New Orleans, so I wanted to see where he did his research for his book http://www.thenation.com/article/november-15-1959-the-clutter-family-is-murdered-in-holcomb-texas-later-the-subject-of-truman-capotes-in-cold-blood/

I spent a day near Holcomb, Kansas seeing the spot  http://www.house-crazy.com/in-cold-blood-murder-house-in-holcomb-kansas/ where the Herbert Clutter family was murdered by two men who thought there was a large amount of money hidden in the house.  Truman Capote wrote about the murder in the book, “In Cold Blood.” The murders happened while I was in high school and the newspapers were full of the story.  I was fascinated not even imagining that anybody would murder anyone for any reason.  I was 17 years old and naive. Growing up in a really small town will do that for a child. And, of course, Truman Capote lived and worked in New Orleans, so I had a connection to him when I moved there in 1969.  I had to visit and I did.  Holcomb, Kansas is about as unassuming as any town of under 3000 people. There’s no reason for a tourist to visit, but I wanted to and I did. I spent the day looking around and buying the night’s dinner and slept in a park nearby. I often slept in city parks, fairgrounds or other public spaces in a town.  I didn’t put up the tent when I did that and only was awakened by a policeman once and that was in Mill Valley, CA, in Marin County just on the north side of the Golden Gate bridge.

After seeing that part of Kansas in the blistering heat, with the cottonwood doing what they do in late June,  I went to Dodge City to have a drink at the Long Branch.  I know it was backtracking a bit, but remember I didn’t have an itinerary  and I had plenty of time.

In 1973, the Long Branch Saloon did not serve alcohol. I couldn’t believe it. So I had to have a root beer. They called it Sasaparilla.  Not beer, for sure and It was disappointing.

The second night, I stayed in some very flat county park. Oh before I say that, I should say that the cottonwood tree is the state tree of Kansas. It’s a fine tree except in June. In May and June it flings its seeds around so the ground looks like this: 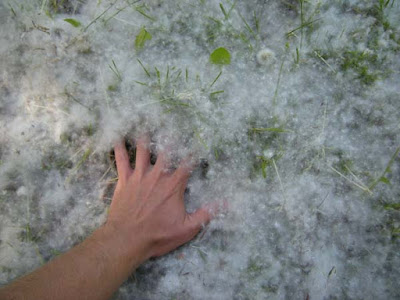 And that cottony stuff builds up against the side of the tent.  And another by the way, the winds blow, never ending just like they do in East Texas, and maybe West Texas too. I think I was still picking out cottonwood cotton in Wyoming.

Kansas was easy to drive in. You can see a hundred miles easy with no hills. And it was Kansas that brought me to Colorado.