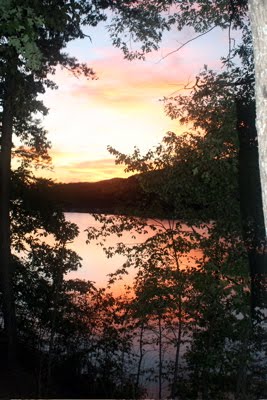 After a few more days on the road, camping in state parks and sorting things out, I landed in Hot Springs, Arkansas.  It took me a week to start getting comfortable with my packing system, bungie cords and how to best pare down to what I needed.

I have learned that the worst part of being on a bike for 200 miles, taking a break every 50 miles, is the vibration in your hands.  Bought soft handlebar covers and they helped some.  I also learned that 200 miles a day is more than enough.

I found out you can carry a dozen eggs bungie corded to the handle bars. The way eggs are packaged is probably the best example of good packaging of a fragile product in the world. This was  before packing peanuts and shrink wrapped everything. By now I was enlarging my diet to include veggies, eggs, a bit of meat and the ever present potato. Fast food joints were already everywhere, but remember my $300.00 monthly budget.  I cooked everything I ate. Peanut butter sandwiches were a staple. A real staple.

I got to Hot Springs AR still in June. I don’t know if you are aware of summer in the south, but trust me, hot springs are the last thing you are interested in. But I was on a mission, so to Hot Springs I went. 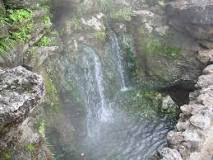 In Southern Arkansas, is Hot Springs National Park, a tiny park only 8 square miles. Most of it is bathhouses. It’s tough to find a hot spring in or out of the park. I suppose if I had gone to one of the bathhouses, i may have been able to find a hot spring, but even finding a place to park near the visitor’s center was difficult. Hell, finding the visitors center was difficult.  I soon gave up. Stayed the night. 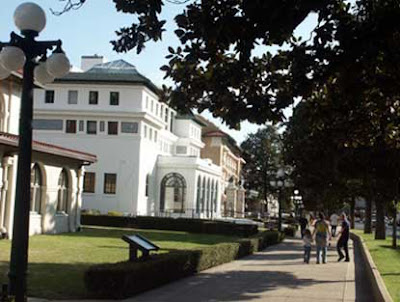 While I was in Arkansas, I saw a road sign for Toad Suck Arkansas.  Yup, it’s a real name of a real town. Now you know I had to see what Toad Suck looked like.

From Wikipedia
“The origin of the name Toad Suck is disputed. Some hold it received the name when idle rivermen would congregate at the local tavern where they would "suck on the bottle 'til they swell up like toads’, while others believe it is a corruption of a French phrase meaning ‘a narrow channel in the river.’”

These days there is a festival called Toad Suck Days. When I was there, nobody really capitalized on the name Toad Suck. And you could pretty much see why they didn’t. It was just a small town. But it had a small city park that I could and did sleep in.

I decided to head for Kansas through a tiny tip of Missouri. I wanted to see where the Clutters lived, the ones Truman Capote wrote about. And I wanted to order a beer in the Long Branch Saloon in Dodge City and maybe see Miss Kitty.
Posted by Unknown at 6:42 AM