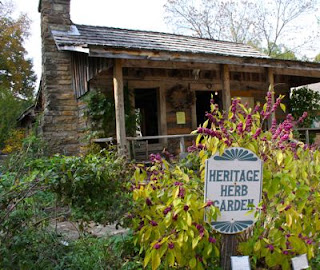 Forget restaurants.  There’s not an accessible one in Mountain View unless you count fast food and let’s face it, they really don’t count. And even if I could get inside, I can’t get through the mass of tables to find a seat.

Can’t get inside the library or the museum.

Oh, I can get inside the Ozark Folk Center, the home of Folk Music and crafts from our grandparents’ time.  I love the Folk Center with its live music most all day, the herb garden and watching people practice basket weaving, blacksmithing, or printing on a old press. I can get inside the park if someone will open the door. There’s most always someone there who willingly opens a door - usually another patron. I have never had to ask anyone; they do it without thinking. That’s nice.

But after getting in the park, scootering around is like the bumper car course at the carnival.  After all, it is a tourist attraction and tourists abound. That’s why they come to Mountain View.

Seems as if no matter where I want to go, people are still accommodating as far as opening doors go, but if I wish to watch a broom maker make a broom or a cooper show his skills with barrels, so do several dozen other people. They will open the door to the small building where the craftsperson is working, but that’s it. I can go as far as the doorway and sit in the open door. Trust me, nobody is happy with that in these sweltering Arkansas summers. So the door must be closed. And to close it, everybody has to move to let me in and then there I am at waist level and within 1 inch of running into someone’s heel. I can’t move unless someone opens the door again and can’t maneuver inside the exhibit either.

I have to mention that everyone is polite and tries to make room, but it just isn’t possible. They ending up bumping into each other trying to keep from bumping into me. And I can’t think of any way the situation can be made better.

I have found that after going back and forth, in and out, up and down, by the time I have seen what I am able to at the Folk Center, I am totally and completely exhausted.  It’s tough moving an inch at a time to avoid hitting a person who is doing all that he can to stay out of my way. Must be tiring to both of us. Add 95º temperatures to the mix and exhaustion sets in.

And I still have to put the scooter on the lift on the car and drive home. Whew!