Donna Speaks: The Elephant Man and You and Me

I've seen the movie The Elephant Man. I also saw the play.  If you recall, Joseph Merrick (John in the movie and play) lived in late 19th century England. Although of superior intelligence, Joseph's body was severely deformed and he was forced to support himself as a freak in a traveling side show.  After being "discovered" by a London Hospital doctor, Frederick Treves, he was provided a home by the hospital and resided there until his death. He and Treves became great friends and Merrick became the darling of London high society, even visited by royalty.

Joseph's deformities made it necessary to for him to sleep sitting up - always. He eventually succumbed to an ailment many individuals have; the desire to be like others, to be normal.  Merrick died of asphyxiation.

Tired of being different, one night he decided to be like everyone else and sleep lying down and he suffocated and died.

Though few of us commit passive suicide like Merrick, some of us do severely compromise ourselves for the sake of being like others: the Keeping-Up-with-the-Jones' Syndrome. We do this to be accepted by others: the I-Wanna-Be-a-Member-of-Your-Club Syndrome. The two Syndromes usually exist in tandem.

We willingly erase parts of ourselves to be like others, to be accepted by others.  Some of us will erase so much of "us" that we cease to exist without "others".  We are recognizable only as part of the group, the tribe.  And the worst thing that can ever happen to us is to be alienated, shunned, estranged by "the others".

Phew! Holy moly, that's heavy shit. Reminds me: I rode my first, and only, elephant when I was like three years old.  The family was at the Audubon Zoo in New Orleans.  I know 'cause I've seen the photo my mom took - now a really old photo - of me and my older sister, Carol Ann, on the pachyderm's neck.  (My mom, also took black and white photos of the Painted Desert.)

I don't go to zoos anymore 'cause, well, I just don't like zoos, i.e., animal prisons.  When I lived in Europe, my ex and I took our kids (three boys) to one of those wildlife center thingies.  Ya know, where the animals are free and the people are in imprisoned in their cars.  My three sons loved it - especially when the monkeys crapped on the truck camper's window.

Those "zoos" are kinda ok.  But what I really like now is seeing animals run free, especially out west. Just don't get Jan started on how many photos I have of elk in Estes Park, CO, and how I can bugle with the best of 'em. 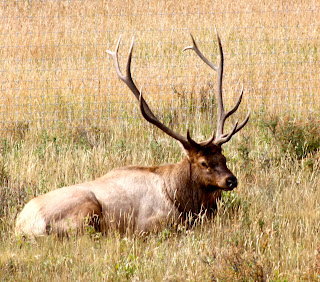 Until next time, have a good day, Althea.